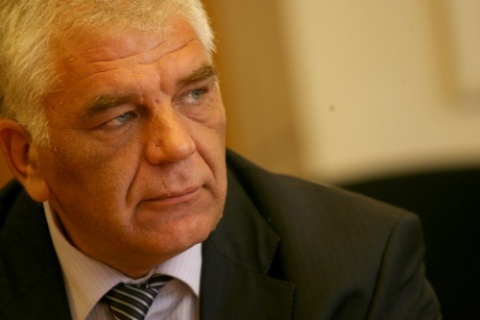 Vanyo Tanov, was dismissed by the Socialist-endorsed government from the post of Customs Agency Director at the end of August. Photo by BGNES

The Sofia City Court issued a not-guilty verdict as early as in July last year, but the rule could have been appealed within a 15-day deadline with the Sofia Appellate Court.

Tanov was on own recognizance since February 2012, after he was charged with leaking classified information over recklessness. The charges stemmed from an interview for the Bulgarian National Radio, BNR, where he, allegedly, revealed some classified data about the State Reserve.

Members of the Parliament from the then opposition, left-wing Coalition for Bulgaria took the case to Court, insisting Tanov has said where Bulgaria keeps its war reserves. The Prosecutor started a probe and concluded that he has not done it deliberately but over recklessness.

Tanov has denied any wrongdoing and suspect everything was staged by what he has called the country's shady business.

Tanov was dismissed by the currently ruling Socialist-endorsed government from the post of Customs Agency Director at the end of August this year.