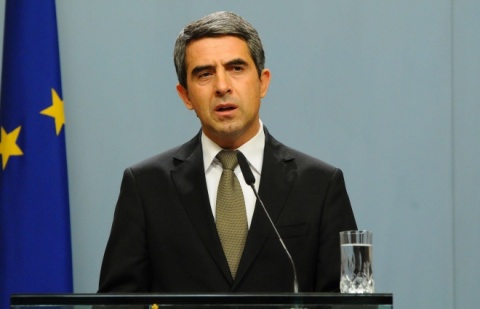 Bulgarian President Rosen Plevneliev has warned that the intensity of political confrontation in the country has reached emergency levels.

“We are in an emergency situation, though I hope things will calm down,” Plevneliev said Tuesday in the Danube town of Silistra, according to the Bulgarian Telegraph Agency.

The President said political leaders have entered an open confrontation with each other for the first time since the fall of the totalitarian regime 24 years ago.

He called upon Bulgarians to work towards uniting the country’s society.

On Tuesday, a poll showed that the embattled Socialist-led government has seen a new drop in support, with some 65% of Bulgarians now disapproving of it.

Tuesday marks the 159th consecutive day of anti-government rallies in Bulgaria.
The protests were triggered by a number of controversial appointments and wider concerns about corruption.

Plevneliev has expressed support for the ongoing anti-graft protests on a number of occasions.

(Note: the Bulgarian President is head of state but not head of government.)