Refugees at Yet Another Bulgarian Center Go on Hunger Strike 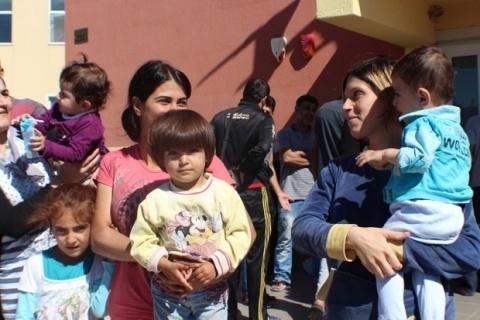 Scores of refugees, accommodated at a camp in the town of Harmanli, have reportedly gone on hunger strike against the miserable conditions, joining the protests at Busmantsi detention facility near Sofia and the town of Lyubimets.

A woman, accommodated at the camp, complained of violent actions by the police, who tried to disperse their protests. In her words the security guards treat the refugees like animals, regardless of gender.

She said they have neither food, nor information about what is going to happen with them.

Being a member of the EU but not of the Schengen area, Bulgaria is just a transit county for illegal immigrant.All asylum applicants in Bulgaria are poor and somewhat confused and the country is rarely their end goal.