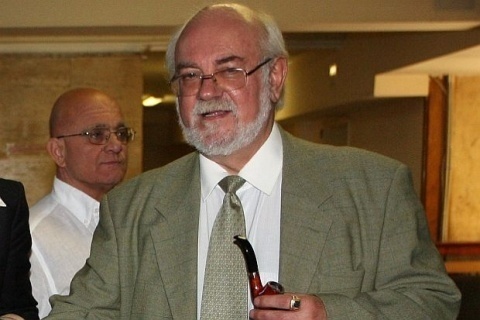 Konstantin Trenchev, President of One of the two major trade unions in Bulgaria – Confederation of Labor Podkrepa (Support), photo BGNES

One of the two major trade unions in Bulgaria – Confederation of Labor Podkrepa (Support) is calling for snap elections and new Grand National Assembly.

They say the only goal should be the writing of a new Constitution.

Podkrepa have also left the so-called Three Way Council, between the government, the business and the labor unions, on grounds of lack of meaningful dialogue about the main problems of society – poverty, unemployment, labor rights, corruption and cartels.

The trade union is also going to designate its representatives to become a group for contact with the protesting citizens and university students, demanding the resignation of the Socialist-led government.

In a special declaration, Podkrepa further urges protesters to refrain from provocations and voices alarm that the extreme concentration of police forces in the capital Sofia, over the protests, and on the southern border, over the refugee wave, leaves the population unprotected from crime.

The trade union announces plans to attract new political figures, authentic and unconnected to the oligarchy, to work on a Chart to become the foundation of a future Public Contract focusing on civil and labor rights, elections, judicial system, public control, and local power.

"The full degradation of the current political elite in Bulgaria, obviously, cannot be overcome only with protest rallies and marches in the capital, thus the regional Podkrepa structures commit to become coordinators and catalyzers of the public discontent outside Sofia, the declaration concludes.