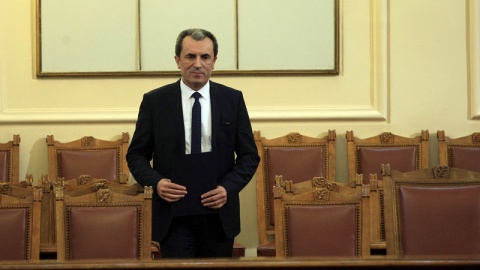 Bulgaria will seek public-private partnership schemes to develop container terminals at the Black Sea ports in Varna and Burgas, according to Prime Minister Plamen Oresharski.

Speaking Friday in Parliament, Oresharski presented details in response to a question of socialist MP Borisalv Gutsanov about the fate of the project terminated during the term in office of the center-right GERB government.

Oresharski, as cited by the BGNES news agency, emphasized that the upgrade of Port Varna and Port Burgas was imperative if Bulgaria wanted to attract a part of the freight flows currently circumventing the country.

Oresharski noted that the GERB government had cancelled the agreement for the loan of around JPY 37 B from the Japan Bank for International Cooperation, reminding that the contract for the 20-year-loan with a 7-year grace period and 1.4% interest rate had been ratified by Bulgaria's Parliament in end-2008.

Stressing that EU funding could not go to port infrastructure, he said that it had been the last loan Bulgaria could have used because of its accession to the EU.

He suggested that the cancellation of the loan had resulted in a disastrous lag in the development of Bulgarian Black Sea ports and Bulgaria had wasted an opportunity to turn them into gates to the EU for cargo from Russia and Central Asia.

Oresharski claimed that the cargo flow had been diverted through the ports of Thessaloniki and Constanta, while an upgrade of the Bulgarian ports could have secured a bigger workload for freight rail services.

Bulgaria's Prime Minister declared that the project could be restarted but under much more unprofitable terms, adding that the damage caused by the cancellation of the previous scheme could not be compensated easily and quickly.