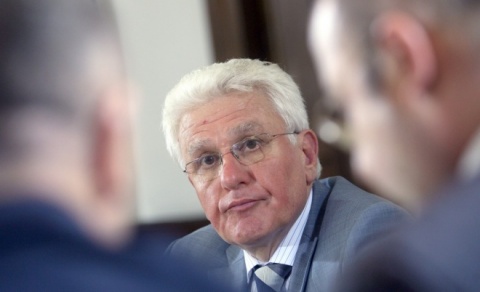 Former liberal lawmaker Hristo Biserov is summoned to appear Friday in the Interrogation Office of the Bulgarian capital Sofia.

As Chief Prosecutor Sotir Tsatsarov announced Thursday, it is also expected that the Prosecution will officially indict the former Deputy Speaker of Parliament for financial and tax crimes on Friday.

At the beginning of the month, Biserov surprisingly resigned from his post as Deputy Speaker of Parliament and the liberal predominantly ethnic Turkish Movement for Rights and Freedoms (DPS).

Later, the Sofia City Prosecutor's Office initiated a probe against him for alleged financial and tax crimes.

It is believed that foreign special services notified the Bulgarian State Agency for National Security (DANS) over suspicious transactions from Biserov's Swiss bank account to his stepson Ivaylo Glavnikov in Macedonia.

Initial reports suggested Biserov had fled the country to Italy, but on Wednesday he was seen outside his home in Sofia.

The Biserov case flared heated debates in Parliament and further exacerbated the negative sentiments among the anti-government protesters.