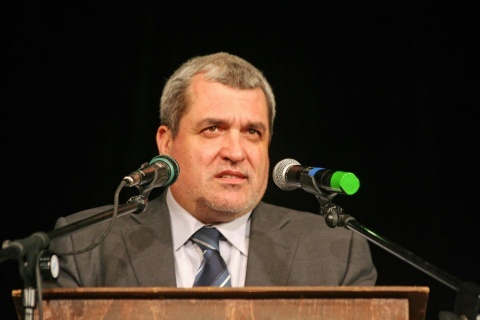 Erstwhile Bulgarian liberal party Movement for Rights and Freedoms vice-chair Kasim Dal has joined the ranks of those alleging that the party's leadership had received advance info regarding an impeding financial crimes probe on recently-resigned vice-chair Hristo Biserov.

Biserov filed his resignation from his leadership position in the MRF and his Vice-Speaker seat in the Bulgarian Parliament just days before the probe was announced last week.

"The case with Hristo Biserov shows that in Bulgaria there is no normally functioning state apparatus," commented Dal for Nova TV.

"[Honorary MRF leader Ahmed Dogan] was the first to whom the probe is reported - rather than that being the Parliament Speaker or the MP," protested the former MRF top functionnary.

"Would from now on an agency from a partner country share such sensitive information for Bulgaria's State Agency for National Security?" asked Dal rhetorically.

Thus in effect Dal joined fellow former MRF vice-chair Osman Oktay, who first speculated that the intelligence delivered by foreign services was first revealed to Dogan and current MRF leader Lyutvi Mestan, who thus had the time to pressure Biserov into resigning before charges can be filed.

Dal also commented that during the term of Bulgaria's former GERB cabinet (2009 - early 2013) there was a hidden agreement between the ruling party and MRF not to reveal each other's dirty secrets to the public.

Such allegations, directly related to the Biserov case, were published Thursday by tabloid Galieria, and were denied by GERB vice-chair and former Interior Minister Tsvetan Tsvetanov.

According to Dal, MRF acted together with GERB almost up to May 12 early elections, only to abruptly turn their backs and choose the presently ruling coalition with the Bulgarian Socialist Party instead.

Kasim Dal was among the founders of the Movement for Rights and Freedoms, and served as its vice chair from 1993 until his abrupt severing of ties with the party in 2011.

Hethen founded the liberal Freedom and Dignity People's Party, which is currently part of the out of parliament informal Reformist Bloc.