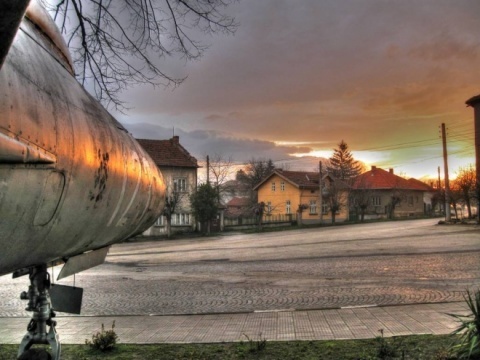 Residents of Telish want ex-military base in the village to become ‘Cold War History’ museum, instead of a refugee shelter and have sent an open letter to the Bulgarian Govt.

Civil action group of residents of Telish has announced a plan to form an NGO in order to gain support for the set up of a ‘cold war history’ musem in the former military base in the village, instead of using the base for a refugee shelter.

“We are shocked by the government’s idea to use the former military base, a site with historical significance, for a shelter for refugees when it should be used to become an international travel destination as a museum”, says the open letter.

The ex-military base is not appropriate for a refugee shelter and it should be developed as a tourist attraction, says the letter, signed by representatives of the civil action group.

The group is currently in the process of registering as an NGO under the name “Bulgarian Organization for All-Out Regional Development (BOARD)”.

The NGO will prepare a detailed project for a museum in the former military base in Telish and will apply for European funding for it, according to the letter.

Local residents of Telish have been protesting daily against the Bulgarian government’s plan for the opening of a refugee shelter of a closed type in the ex-military base in Telish since the beginning of November when the plan was announced.

Since then the protesters from Telish have vowed to continue to protest until the decision for the set up of a refugee shelter would be cancelled by the government.