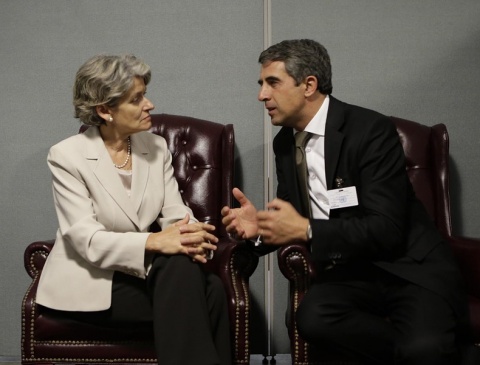 Bulgarian President Rosen Plevneliev has congratulated Irina Bokova on her official reelection for a second four-year term as a UNESCO Director-General.

Plevneliev, as cited by the President's press office, emphasizes that the decision of the UNESCO General Conference on Bokova's re-election is proof not only of her high level of professionalism but also success for Bulgaria and a matter of pride.

The State Gazette issue from November 12 contains a presidential decree of President Rosen Plevneliev is published on awarding Bokova with a Stara Planina Order.