Nationalism is Dangerous, Dragons in Love Not 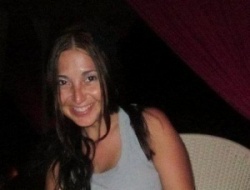 The chaos and division, which run deep in Bulgaria's society, bore a sad, but expected fruit - new nationalist formations.

They recruit ardent supporters among the disillusioned, the unemployed, all those who have been thrown over the board due to the lack of any kind of safety net. Nationals vow to kill in the name of Bulgaria, to pour gas over refugee camps and fight the European Union.

The newly-born nationalists want "a homogenous and pure society" and pledge to "cleanse the country from foreign thrash".

It is high time state institutions wielded their regulatory functions with regards to potentially dangerous parties.

It is high time the church woke up and started protecting us from the Devil. It is weird why the church keeps its silence when skinheads beat up people, but vehemently speaks up in condemnation of Harry Potter, Madonna and the Da Vinci Code.

The church also condemned a fountain in the city of Varna, with two dragons in love engraved upon it, saying it tempted the young people to have unholy thoughts.

It is high time the two institutions stopped the heavy battle against the dragons in love and open their eyes for the real dangers.