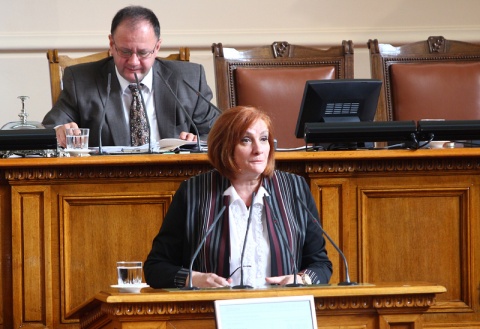 Bulgaria's Environment Minister has warned that the country may soon face a trial over its failure to protect unique habitats and important species will soon turn into a trial.

Speaking Monday in the Black Sea town of Kavarna, Iskra Mihaylova made clear that the College of Commissioners had adopted a decision to submit a complaint against Bulgaria with the EU Court of Justice.

"This has never happened before. We have the honor of finding out and keeping track of what will happen from now on," she added, as cited by the Bulgarian Telegraph Agency (BTA).

She reminded that Bulgaria had been charged with failing to observe an EU Directive on biodiversity in zones which were essential for the conservation of wild birds and steppe habitats.

Mihaylova pointed out that Bulgaria had allowed the construction of wind farms and villa settlements, thereby infringing EU law and the EC Habitats Directive in particular.

Bulgaria's Environment Minister argued that the expansion of the "Kaliakra" protected area, the establishment of the new protected area "Bilo", the ban on building any facilities on the territory of Kaliakra and the preparation of a management plan for the zone, would prevent a conviction.

She claimed that the steps could have been taken four years ago.

"For more than three years, Bulgaria was in talks with the EU, promising that it would comply, and this is why the country lost the trust of its European partners," Mihaylova stated.

"If we convince our partners from the European Commission that what Bulgaria is fulfilling its commitments, I believe that the stance on the trial will change, and a part of the charges will be dropped," she suggested.