Turkish-Bulgarian Man Fights for Life after Skinhead Assault in Sofia 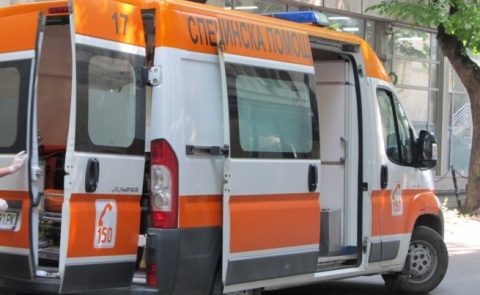 A 28-year-old man of Turkish origin was beaten up in Sofia in the region of Pirotska Street on Saturday evening, according to reports of the Sofia District Police Directorate.

The incident happened on the crossing of Pirotska Street and Tsar Samuil Street.

The man was attacked by a group of men, who knocked him to the ground and kicked him in the head, according to the Focus news agency.

The man was taken to the Military Medical Academy in Sofia in serious condition and hospital officials told journalists of bTV that he was in a coma.

According to bTV, the 28-year-old man is called Metin. He is said to be a Bulgarian national of Turkish origin, who worked near the Banya Bashi Mosque and at the Iliyantsi market.

Two of the attackers were detained at the 3rd regional police department in Sofia, while the others managed to run away.

One week ago, 20-year-old Viktoria Hristova, a shop assistant at a site in Pirotska Street, was stabbed multiple times by a man in an attempted armed robbery. The prime suspect, Algerian national Salahedin bin Aladdin, was arrested on November 6 in Greece.

The assault triggered a number of protest rallies by nationalist parties in Sofia on Sunday. The nationalists urged authorities to put an end to "immigrant terror", which, in turn caused the prosecutor's office to initiate proceedings over incitement to ethnic hatred.

A few days ago, a 17-year-old Syrian national was stabbed in front of a refugee hostel in the Voenna Rampa district of Sofia.