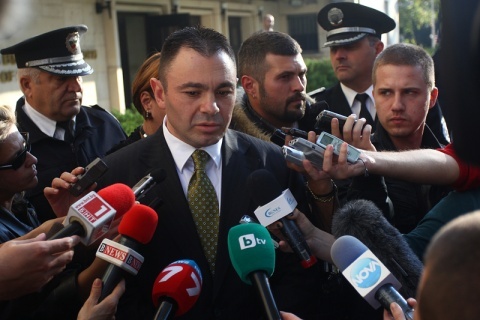 Bulgarian police have busted overnight, during a special operation, a channel for transporting illegal immigrants, acting in the capital Sofia and the southern city of Haskovo.

The information was reported Saturday by the Chief Secretary of the Interior Ministry Svetlozar Lazarov.

Three men - two Bulgarians and one Iraqi have been arrested on suspicions of fraud and organizing a scam for transporting illegal immigrants from Haskovo to the capital.

At 10 pm Friday evening, police patrols in Sofia stopped two buses with Haskovo license plates near the central mosque as they were dropping off refugee passengers.

It turned out that the 97 passengers were from various nationalities and came from the refugee shelters in Harmanli and Pastrogor. 17 were Syrians and the rest were illegal immigrants from Afghanistan. 55 were under the age of 18 – of them 52 were Afghani children and 3 were Syrian. The identities of all have been established.

Both drivers have been taken for questioning in the nearby police precinct and were later released. The two Bulgarians and the one Iraqi national, who has a permanent status in Bulgaria, remain behind bars.