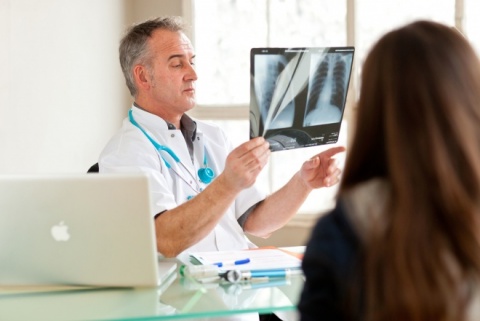 The outrage of Bulgarian medics was triggered by the decision of the National Health Insurance Fund to pay only 80% for activities of medical institutions until the end of the year, file photo

The Bulgarian Doctors' Union has decided to postpone plans to stage nationwide strikes and protest rallies.

The Chairman of the Union, Dr. Tsvetan Raychinov, said the medics will wait and will launch radical protests when they find out that current proposals of the Health Ministry are not being implemented.

The minimum requirements of the Doctors' Union include signing a National Framework Agreement to avoid reduction in prices, compared to 2013.

Raychinov still says the threat of mass and very radical protests, when medics will only deal with absolute emergencies, remains.

In a "warning" protest on November 1, Bulgarian doctors, nurses, and medical staff issued an ultimatum and deadline to the National Health Insurance Fund (NZOK) to solve the problem with payments to hospitals by November 8..

So far, NZOK has not given any signs it has found a way to pay 100% of what is due to hospitals, but the Health Minister assured that patients will not pay extra money for treatment.

The outrage and plans for mass rallies were triggered by NZOK's decision to pay only 80% for activities of medical institutions until the end of the year.

Meanwhile, many patient organizations have urged institutions to defend the dignity of Bulgarian doctors, and enable them to do their jobs.