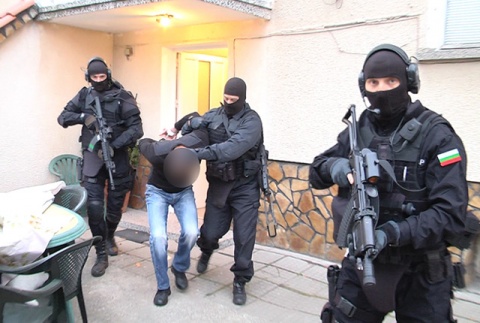 Photo by the Bulgarian Ministry of Interior

The Bulgarian police has arrested five people who are believed to be part for a high-profile organized crime group specializing in murders and abductions.

The gang was reportedly active from 2003 until 2010, when part of the participants were arrested on other charges.

According to police information, three other people had been part of the group, with two of them killed along the way, and one gone missing.

The operation was jointly staged by Bulgaria's plolice forces and specialized anti-terrorist unit.

Police have seized a significant amount of weaponry and communication devices.