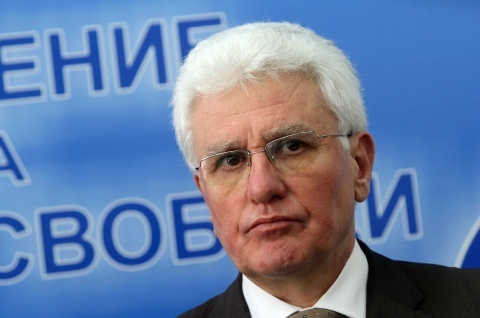 The Sofia City Prosecutor's Office has initiated a probe over alleged financial and tax crimes against Hristo Biserov, former Vice-Speaker of the Bulgarian Parliament.

The allegations stem from a report prepared by the State Agency for National Security, DANS.

The information and the facts in the report are currently checked by The Sofia City Prosecutor's Office.

Also on Thursday, the Bulgarian Parliament voted the resignation of Hristo Biserov and he was released from his post of a member of the parliament.

Hristo Biserov, former Vice-Speaker of the Bulgarian Parliament and former Deputy Chairman of DPS has been a long-time figure in the party's leadership, and has acted as MP from the party since 2005 until November 3rd when he unexpectedly resigned from the position of Deputy Chair and expressed his desire be released from his MP seat citing fully personal and not political motives behind the surprising step.

Biserov has asked to have his membership in DPS frozen, the movement’s leader Lyutvi Mestan announced on Monday.