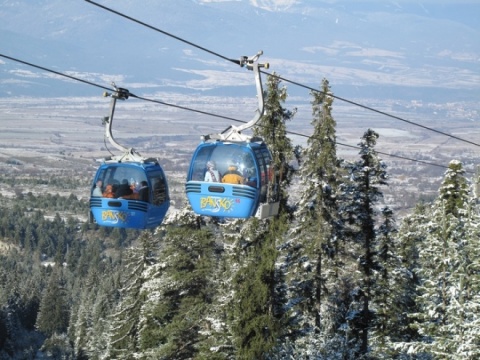 During the past winter, Bulgaria has been visited by over 1 million tourists, which is an increase of 8.2%. File photo

Bulgaria ranks fourth in Europe by the rate of development of winter tourism, says Deputy Minister of Economy in charge of Tourism, Branimir Botev.

Botev spoke at a meeting with international media in the frame of the World Travel Market exhibition in London, the Economy Ministry press office informs Wednesday.

During the past winter, the country has been visited by over 1 million tourists, which is an increase of 8.2%. Hopes are for this positive trend to continue during the 2013-2014 season, according to Botev.

He has further noted that the summer season was also successful in Bulgaria. For the period June - August 2013 the country has been visited by 3.5 million tourists, which is an increase of 5.4%. The largest number of tourists, who visited Bulgaria in the summer season, came from Russia, Germany, Romania, Greece, Ukraine, and the United Kingdom.

"British tourists appreciate the opportunities for alternative tourism offered in Bulgaria, combined with good food and quality wine. Our country is an attractive year-round destination. During the summer of 2013 Bulgaria has been visited by over 140 000 British tourists," said Botev.

Bulgarian wines have impressed leading British journalists who attended a wine tasting led by renowned sommelier Lyubomir Stoyanov. Drinks were selected so as to represent different Bulgarian wine regions and typical Bulgarian varieties such as Karlovo Muscat, Dimyat, Rubin, and Marvud among others.