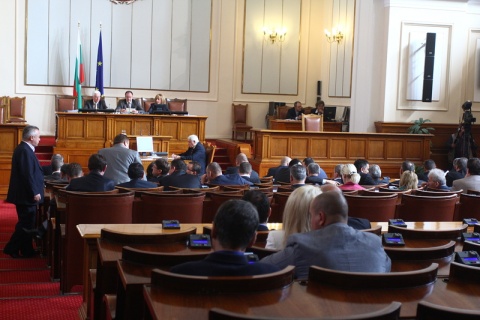 Bulgaria's Parliament has decided to reduce the tax on interest earned from bank deposits from 10% to 8% as of 2014.

The measure was approved as MPs conclusively adopted amendments to the Income Taxes on Natural Persons Act, according to reports of Sega daily.

The government plans to reduce the tax rate by 2% on an annual basis until its conclusive abolition.

The initial plans of the socialist-led coalition government of Prime Minister Plamen Oresharski were to keep the tax rate at 10%, as it had been adopted by the center-right GERB government and entered into force as of January 2013.

The government planned to collect receipts of around BGN 90 M in 2014 through the 10% tax on interest earned from bank deposits.

Between the first and second reading of the proposed amendments to the Act, the Bulgarian Socialist Party (BSP) submitted a proposal that the tax rate on interest earned from bank deposits be reduced by 2% to the level of 8% in 2014, with 2% decreases taking effect every year over the next 3 years to come.