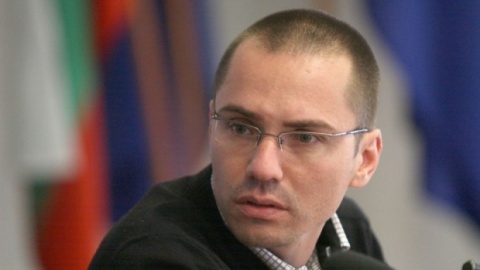 The Sofia City Prosecutor's Office has initiated pretrial proceedings for inciting hatred against nationalist municipal councilor Angel Dzhambazki and other, yet unknown, persons.

The prosecution announced Monday it was acting on a signal of the Bulgarian Helsinki Committee, BHC.

The nationalist party VMRO vice-chair Angel Dzhambazki was the driving force behind a mass rally against foreign migrants Sunday in the Bulgarian capital Sofia, following the night stabbing of a young girl.

The pretrial proceedings are for crimes under the penal Code, article 320/clear incitement to commit a crime before multiple people/ and article 162/incitement to discrimination, hatred and violence based on race, national or ethnic origin/.

The Prosecution says it will not tolerate such acts and will exercise all of its statutory powers to counter them. This applies to all calls for "cleaning up the city, undertaking actions in self-defense and attacks on foreigners, as well as the creation of voluntary patrols and squads to introduce order."

At the same time, jointly with the Ministry of Interior, the prosecution has made the necessary arrangements for protection of public order, including increased police presence in the capital.

On the occasion of the stabbing attack on young store clerk, Victoria Hristova, the Sofia City Prosecutor's Office has launched pretrial proceedings for robbery and attempted murder. The investigation and the active search for the perpetrator continue.