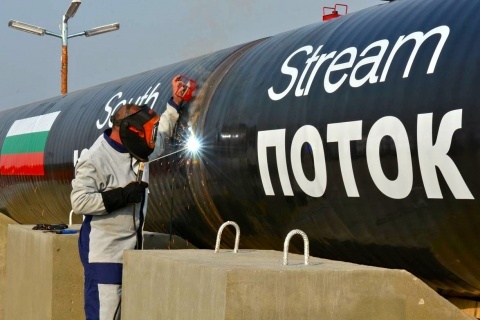 The deal achieved between Bulgaria and Russia regarding the constrution of the South Stream natural gas pipeline is especially profitable for Bulgaria, stated Bulgarian Energy Minister Dragomir Stoynev.

"We negotiated to start receiving dividents starting from the first year - something that no other country achieved," said Stoynev in an interview for the Bulgarian National Radio Sunday.

The minister recalled that according to initial agreements between a previous Bulgarian government and Gazprom, the country was to receive dividends only 15 years from the start of exploitation.

"The pipeline will pass through 11 Bulgarian regions and will create some 5,000 jobs," said Stoynev.

Bulgaria's Economy and Energy Minister explained that the cabinet also negotiated the terms of a loan to be received by the Bulgarian Energy Holding from Gazprom for the construction of South Stream in Bulgaria.

He was resolute that Bulgaria will have to invest no own resources for the completion of the project.

"We also negotiated access to the pipe for third parties, which will ensure compliance with EU unbundling requirements," said Stoynev.

He vowed that once the final contracts with Gazprom are signed, they will be made public.

Thursday Gazprom CEO Alexei Miller was in Bulgaria, where he met PM Plamen Oresharski and Energy Minister Stoynev to finalize the start of South Stream in Bulgaria.