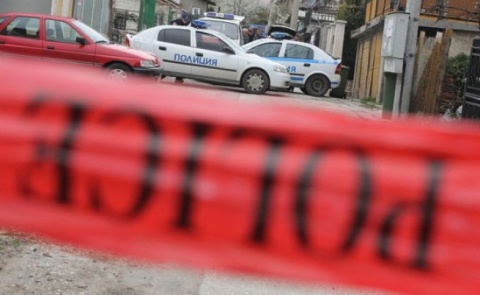 Police are looking for a man of Arab origin who stabbed a shop assistant in Sofia in an attempt for an armed robbery, according to reports of the Interior Ministry.

The incident happened on Pirotska Street in Sofia at around 2 am on Saturday.

In a small grocery store, the shop assistant saw that a man was trying to steal something.

As she tried to stop him, he attacked her with a knife, stabbing her over 20 times.

The wounded shop assistant, a 20-year old girl, suffered multiple cuts to the head and arms.

She is undergoing treatment at the Pirogov hospital and is not in a life-threatening condition.

A police operation to arrest the attacker is currently underway in Sofia and the prosecuting authority has been informed about the case.

Svetlozar Lazarov, Chief Secretary of the Interior, made clear that the identity of the attacker had been established and he was to be arrested.

He added that a certain amount of money had been stolen from the grocery store.

According to information of the Bulgarian National Radio (BNR), the attacker was born in North Africa and entered Bulgaria more than 6 months ago.

Mass police inspections of refugees living outside accommodation centers in Sofia were launched on Saturday.

The protesters issued an ultimatum to the government, saying that unless it managed to clear the country of illegal immigrants in a week, they would take matters into their hands.

"Starting today, I renounce any responsibility for events that may take place and for Syrian victims," said Angel Dzhambazki, Deputy Chair of the party and Sofia Municipal Councilor.

He announced that a protest would start at 1 pm on Sunday in front of the National Palace of Culture (NDK) and asked people to bring white sheets of paper with the name of the stabbed shop assistant.