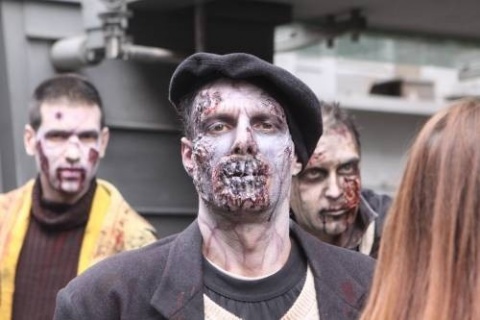 The undead descend Thursday night in cities across the world, including Bulgaria's capital Sofia.

Sofia citizens are going out on Thursday night to celebrate Halloween, despite the fact that it is not a traditional Bulgarian holiday, rather an imported one that became quite popular in the country in recent years.

Halloween fans will have a large selection of events on Halloween night as it would be difficult to find a club in Sofia, which will not mark the special day.

Halloween is based on the ancient Celtic holiday 'All Hallows Eve', that marked the only day of the year when dead spirits were allowed to walk the earth.

Most celebrated in the US, Halloween has now spread its influence mainly as a commercialized event in many countries that did not celebrate it five or ten years ago, Bulgaria included.