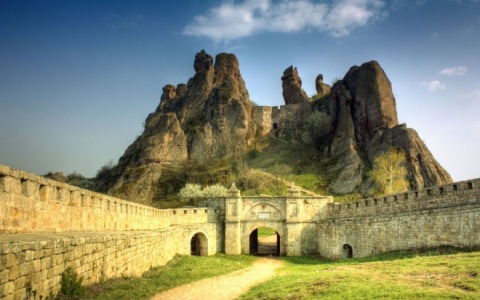 The number of tourists who visited Bulgaria's town of Belogradchik from the beginning of 2013 until now has increased by 12%, says local mayor Boris Nikolov .

Speaking for "Standard" daily, he reported that 54 000 Bulgarians and foreigners have viewed the historical fortress, the adjacent rocks and the Natural Science Museum .

Due to financial problems, the municipality cannot slate money to advertise its sights, however, interest in them is growing.

"I hope the trend will remain and the number of tourists will reach previous levels of 100 000 visitors per year," added the mayor .

At present the fortress is being restored under a project funded by the European Regional Development Program valued at BGN 3 M.

In 2009, the Bulgarian natural phenomenon was included in The New 7 Wonders of Nature campaign organized by the Swiss non-profit New7Wonders Foundation.