Capacity of Refugee Centers in Bulgaria Exceeded by 20-100% 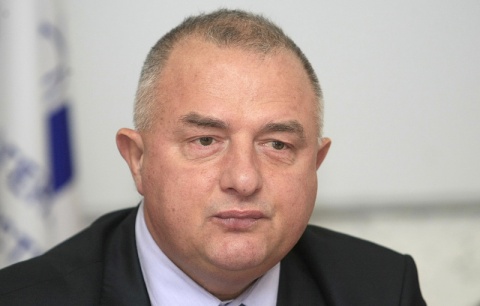 The capacity for refugee centers in Bulgaria has been exceeded by 20-100%, according to Nikolay Chirpanliev, Chair of the Refugee Agency.

Speaking Tuesday at a meeting with NGO representatives, Members of Parliament and Syrian nationals in Parliament, Chirpanliev sad that it was important to secure heating supplies for the refugee centers for the upcoming winter season.

He noted that heating and food supplies and guaranteeing hygiene at the accommodation centers were the most pressing issues.

Chirpanliev, as cited by the Bulgarian National radio (BNR), said that the most problematic site was the refugee center in Harmanli, where the site was being equipped with running water and electricity alongside the process of accommodating refugees.

He informed that the most favorable situation was at the refugee center in Banya, which was also yet to secure heating supplies.

Chirpanliev explained that the refugee centers in Sofia's districts of Voenna Rampa and Vrazhdebna had been provided with heating supplies, as well as the sites in Harmanli and Kovachevtsi. He added that the central heating was expected to be switched on soon as temperatures were expected to drop in some regions.

The Chair of Bulgaria's Refugee Agency made clear that some refugee centers needed special kinds of foods, such as the ones in Kovachevtsi, where there were 80 mothers and 60 pregnant women.

Representatives of the Syrian community in Bulgaria expressed indignation over the incitement to intolerance against refugees. They also asked for assistance with transporting donations to the refugee centers.

It was announced that a website would be launched soon to help donors learn about the specific needs of each refugee center.