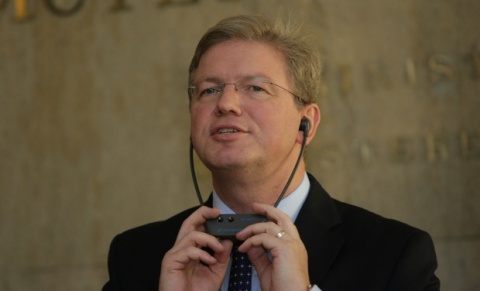 The European Commission has allocated another part of the recent package of EUR 400 M to deal with the consequences of the Syrian crisis.

This newest allocation is aimed at providing assistance to the population inside Syria, Syrian refugees and host communities living in Jordan, as well as Syrian students in Europe. In total, it amounts to EUR 85 M.

Approximately half of this additional support (EUR40 M) that has just been adopted, will be spent inside Syria.

Most of the remaining funding (EUR 40 M) will be spent in Jordan, where it will help the country cope with the 500,000 refugees on its territory; helping to cover the added costs to the national education system, which is currently schooling 78,000 Syrian children.

Finally, the rest of the funding (EUR 5 M) will be provided for the Erasmus Mundus programme, to allow more Syrian students to continue their studies in European Universities.

Commissioner for Enlargement and European Neighbourhood Policy, Stefan Fuele, commented on this support: "This is yet another step to show that we not only promise help but actually deliver it. We continue to stand by the Syrian people. In our funding we focus on providing education to the children in the region but we also provide basic services to all those affected by the crisis; both inside Syria and in the neighbouring countries that are under enormous pressure as a result of the bloodshed and influx of refugees.”

The EU and its Member States are the biggest donor of assistance in response to the Syrian crisis, both in Syria and in neighbouring countries. In total, the EU has so far mobilised over EUR 1.9 B in relief and recovery aid from both the Commission and Member States.