Bulgarian Expert Journalist Re Boevski: Brazil Is Cleaning Its Jails 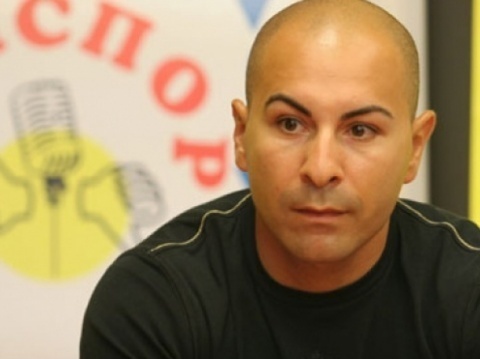 At least two other Bulgarians have been released from Brazilian jail together with Olympic weightlifting champion Galabin Boevski, according to Bulgarian journalist Momchil Indzhov.

Indzhov, who is from "24 Chassa" (24 Hours) daily, is an expert on Brazil. He is the first Bulgarian journalist to have personally met with Brazil's president with Bulgarian roots, Dilma Rousseff, and the only one in the world to have talked with both Dilma and her Bulgarian half-brother Lyuben Rusev. He also made 2 out of her 3 interviews for Bulgarian media.

Speaking in an interview for the Bulgarian public TV, BNT, the journalist explained that expelling foreigners convicted for drug trafficking, regardless of what part of the sentence has already been served, was part of a policy that has been practiced in Brazil in recent years. According to him, Boevski has not been pardoned, the sentence counts, i.e. remains on file, but is not to be served in other countries.

He returned to Bulgaria Wednesday evening to the big susprise not only of common people, but all Bulgarian institutions.

Indzhov further explained that Boevski's conviction in Brazil was not final, and the new session of the Supreme Court on it has not even been scheduled.

"The Bulgarian Embassy in Brazil has been notified that Boevski would be deported as early as April 5, while the decision was made and published by the Brazilian authorities on March 13," he stressed.

According to him, Bulgarian institutions' surprise, caused by Boevski's return in the country, is due to the lack of continuity between offices.

In an official statement Thursday, the Bulgarian Foreign Ministry, said the information on the release of Galabin Boevski has been received by the Embassy of Bulgaria in Brazil at 4 pm on October 22. It was sent by the management of the prison where the athlete was jailed. Half an hour later, Boevski has boarded a plane with final destination Bulgaria.

According to Ambassador, Chavdar Nikolov, the Embassy was not informed in advance that Boevski will leave Brazil. The Ministry announced meanwhile that Nikolov is returning to Bulgaria on an urgent call for explanations in the case.

Speaking in another TV interview, for bTV, Momchil Indzhov rejected reports Boevski has been let go because he was a famous person, on grounds weightlifting is not a popular sport in Brazil. He was also firm it was impossible for Dilma Rousseff to have been involved as the President of Brazil has no right to pardon.

The journalist also stated that Chavdar Nikolov is a seasoned career diplomat and it was unlikely for him to have entirely missed the developments around the Bulgarian inmate.

He noted the Bulgarian diplomatic mission is 2 000 kilometers away from the Sao Paulo jail, and once again pointed out Brazil was simply cleaning its prisons from foreigners, including Boevski.

Former prosecutor Ivan Petrov and former Deputy Interior Minister, Nikolay Radulov, were also in the bTV studio during the interview.

Petrov explained that Boevski is not officially listed as convict, as the Supreme Federal Court is yet to rule in the case. He said he read the Bulgarian translation of the decree of expulsion, according to which Boevski should be released either after serving the sentence or due to a decision of judicial authorities.

"Apparently some deal has been inked with Brazilian judicial authorities because Boevski is not yet convicted," said Petrov. He pointed out that in this case Bulgarian authorities should pursue the weightlifter under Article 4 of the Penal Code pertaining to persons who have committed crimes abroad. Petrov further noted that there were pre-trial proceedings against Boevski in Bulgaria, which were later frozen, and should be reopened by the prosecution.

"The document for Boevski's expulsion is probably "hanging" somewhere; this is a flaw of our bloated administration. The Ambassador should have known; we hardly have another Olympic champion in prison in Brazil, said national security expert and former Deputy Minister of Interior Nikolay Radulov.

"If there was a deal with the judicial authorities in Brazil, it is normal to conceal information on it. Our diplomats are not required to know these secrets. The whole secret is in the Brazilian authorities, we do not know the parameters of the deal, if it exists," commented Ivan Petrov.