Bulgaria's Boevski: I'm a Free Man, Will Never Go Back to Brazil 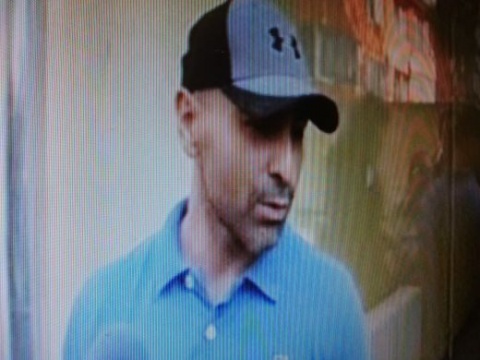 Former Olympic weightlifting champion Galabin Boevski is pictured here in a TV grab as he spoke for the first time to reporters in front of his home after a sudden release from Brazilian jail.

Former Olympic weightlifting champion Galabin Boevski called himself “a free man” as he made his first statement after surprisingly getting an early release from a Brazilian jail.

“I am a free man, this is what matters most. Leave me alone. I will never go back to Brazil, I woe nothing to this country,” Boevski told reporters, who have been waiting for him since early morning on Thursday in front of his home on Bulgaria boulevard in the capital Sofia.

He declined to answer the question what he carried in his luggage when he was arrested, boarding a plane at Sao Paulo's airport.

Boevski explained he has been issued a document for expulsion in March, adding he is very much surprised by the media huge interest in his return.

In May 2012, Boevski was sentenced by a federal court in Sao Paulo to 9 years, 4 months in prison after trying to board a plane at the city's airport with 7.2 kilograms of cocaine in his luggage.