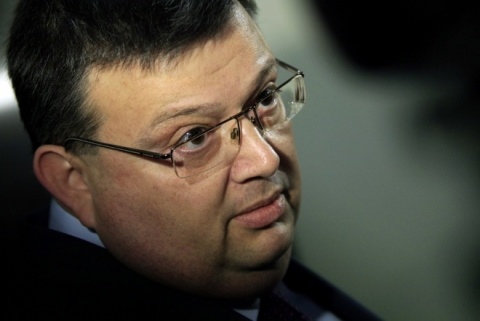 The release of Bulgarian weightlifting champion Galabin Boevski from Brazilian jail has been a huge surprise for the Prosecutor's Office.

The statement was made Thursday morning in a phone interview by Chief Prosecutor Sotir Tsatsarov, speaking for Nova TV.

He was adamant his office had no information whatsoever about the case.

"Boevski's return is due to a unilateral act of Brazil, which is the result of their decision," said Tsatsarov

He explained there was a law under which it may be decided unilaterally that a "special figure," imprisoned in Brazil, is entitled to be released. This is called expulsion of prisoners.

Tsatsarov, however, stressed that all his words were just based on assumptions.

"I cannot say if there is anything wrong in the whole case, obviously our Foreign Ministry has more information," he added.

The Chief Prosecutor noted that as the Bulgarian Embassy has issued a temporary passport to Boevski, with which he was able to travel home, apparently it happened after the issuance of a document from the Brazilian side.

"I do not know why the Ministry has to wait for a report from Brazil for three days. I do not know whether he was pardoned. I cannot tell you what the reasons for his release were," said Tsatsarov.

The decision to release Boevski was taken by Brazil, which is not required to notify Bulgaria, said Ivaylo Kashkanov, spokesman for the Bulgarian Foreign Ministry, who spoke on the phone for bTV Thursday morning.