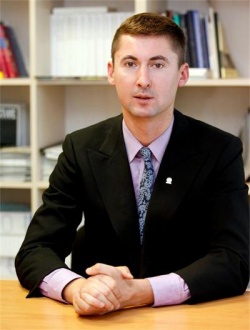 Interview of Novinite.com with Boris Cheshirkov, Spokesperson for the UN Refugee Agency (UNHCR) in Bulgaria, on the topic of the increasing refugee flow into the country and the state's response.

Bulgaria has asked for and additional EUR 6 M from the EU for dealing with the refugee situation. Is the country's main problem the lack of funds, or their ineffective use?

Bulgaria signed the 1951 Refugee Convention more than twenty years ago and has since received hundreds of refugees.

This year the number of those arriving has increased to a level that is a new phenomenon for the country. In this respect, it is quite normal for the country to seek the support of its European partners.

Indeed, the good management of funds is extremely important so that people in need, refugees and asylum-seekers, can be assisted in the most effective way.

We have all witnessed the desperate scenes in the reception centers, shown on local media. Why were the centers in such conditions and who is responsible?

UNHCR has been genuinely concerned about the harsh conditions in the two new centres in Sofia and also Harmanli, where there are issues with electricity, hot water, heating, and access to services. We have shared our concerns with the government immediately after our visits to the centres.

Over the past two weeks, we have seen positive steps taken by the management of the State Agency for Refugees to improve living conditions for asylum-seekers. There is still a way to go and we will continue visiting the centres and share our observations.

UNHCR also welcomes the recent announcement of assistance from the EU to manage the asylum system and from various member states for assistance to improve reception conditions. For instance the support provided to Bulgaria from Slovakia and Hungary. It is interesting to note that Hungary has experienced a significant increase in asylum applications this year and at the same time it has lent its support to Bulgaria.

The Bulgarian government is planning to build a wall on the southern border with Turkey. Would such a move be acceptable under international norms and conventions signed by Bulgaria?

We understand the government’s concern that this 30km stretch along the border is particularly perilous and the coming winter will aggravate the already tough crossing conditions. We also understand that their preference would be for people to enter at or near established border
crossings, where facilities are in place to receive them. However it is also important that people can access the territory to seek international protection.

Introducing barriers like fences or other deterrents can exacerbate the problems elsewhere, including for other countries. This may lead people to undertake more dangerous crossings and further place refugees at the mercy of smugglers. We need burden sharing, not burden shifting and Turkey already hosts over half a million refugees from Syria and over 2.18 million Syrians have sought refuge in Lebanon, Jordan, Turkey, Iraq, and Egypt.

UNHCR has welcomed the recent assurances at the highest levels from both Prime Minister Oresharski and President Plevneliev that the border would be kept open and also recent efforts to improve the reception conditions for asylum-seekers. We encourage Bulgaria to continue its open border policy, whether at official crossings or the green border, and we urge early identification systems and assistance, particularly for the vulnerable.

How is the UNHCR assessing the situation in Bulgaria and what are your current activities?

In many countries around the world UNHCR provides direct support to refugees. We register, we build and manage camps and centres, we assess refugee claims, provide protection under our mandate, and support recognized refugees in finding a long term solution to their situation.

In Bulgaria, and indeed the EU, this is done by the respective governments and we have a slightly different role. We are here to observe, monitor activities, evaluate policy and practice, and advise the government. We are here to assist the government in ensuring that people fleeing war and persecution receive care and protection in the country and have the opportunity to restart their lives.

Under the UN Refugee Convention we also have a supervisory role.

Is the UNHCR considering the option of building refugee camps in the event of a refugee crisis?

Of course we are here to support the government in its efforts, but we must underline that Bulgaria is an EU member state and it has the primary role to provide international protection.

While there is no clear solution to the civil war in Syria, we can expect that people will continue to flee the country and some will likely reach Bulgaria. Yet, as we clearly see, most refugees stay close to their home hoping to return once the situation improves.

UNHCR stands ready to assist with technical assistance in all stages of the asylum procedure.

The authorities promised to expedite the process of reviewing asylum seekers' documents. Why has this not been the practice so far, and does Bulgaria have the necessary institutional capacity in this aspect?

UNHCR has been expressing its concern about the slow asylum procedures in the country and we welcome the timeframe of the new decision process. It is important to also underline that the procedures remain robust, fair, and efficient.

Upon receiving status, indeed, some refugees will travel to other European countries. In many cases, to reunite with loved ones. However, status is confirmation by Bulgaria of its commitment to provide the refugee with protection. Status is not a one way visa to leave Bulgaria.

We must also keep in mind that while this is a big increase for Bulgaria, overall the numbers are not so large when you compare it to Italy that received 6,000 Syrians by sea in the last two months or the much larger numbers hosted by countries neighbouring Syria.

Is Bulgaria ready to integrate these refugees effectively in society? What are the key challenges?

We would welcome any measures to help refugees integrate into society, including early and full access to the labour market so they can earn a living.

Getting refugee status is just the beginning for a mother, father, or child in getting their lives back on track. They also need help in the first months to find a home, a job and become self-reliant. The key to integration is speaking Bulgarian. In a foreign country, refugees need
help learning the language.

Somarst and Nur are one of the families that have come to Bulgaria. They fled Damascus after a bomb killed their one-year-old daughter. Now they are here in Bulgaria with their two sons and the hope that they can regain happiness as a family.

Perhaps the most important aspect of integration is acceptance in the local community. Refugees are regular people who have been driven out of their homes and forced to seek shelter in Bulgaria. This understanding alone may be enough for a refugee to feel welcome and to quickly become a productive part of society.