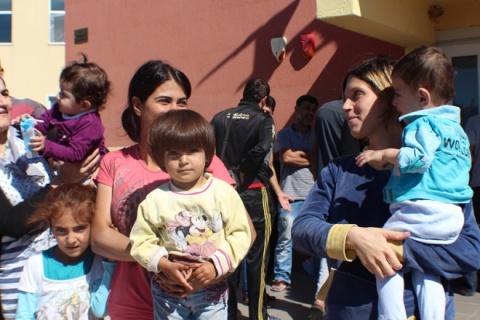 Bulgaria has seen a considerable refugee influx over the past months. Photo by BGNES

Slovakia has provided a total of EUR 30 000 in humanitarian aid for the Syrian refugees based in Bulgaria.

Some 260 camp-beds, as well as blankets and kitchen utensils for Bulgaria-based refugees have arrived from Slovakia, according to the Bulgarian Telegraph Agency.

“The refugee problem is not only Bulgarian, but one that concerns the whole European Union,” Slovakian Ambassador to Bulgaria Marian Jakubocy has noted, according to reporters.
A similar donation is expected to arrive from Hungary on Tuesday.

Bulgaria has seen a considerable refugee influx over the past months, with authorities saying the number of asylum seekers in the country may reach 11 000 by the end of the year.

The Balkan country is the gateway to the European Union for refugees fleeing Syria via Turkey, many crossing the border illegally to seek asylum.