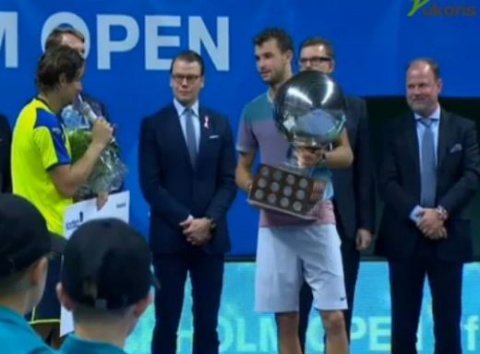 After battling from a set down against Benoit Paire in the semi-finals, once again Dimitrov had to come from behind, and the Bulgarian did so with a fine display to shock the Spaniard and lift his first title on the circuit.

Seventh-seeded Bulgarian Dimitrov scored a 2:6, 6:3, 6:4 victory over Ferrer, stopping him from winning his third title of the year and first since February

Dimitrov opened the year with his first career final in Brisbane, Australia, but entered Stockholm on a four-match losing streak.