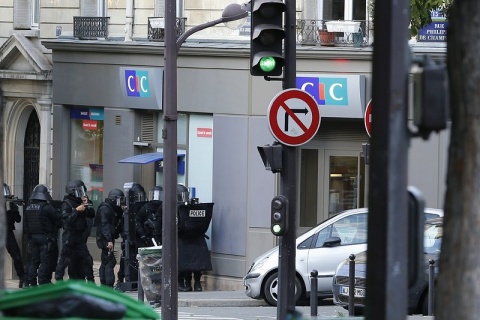 French special operations RAID police officers surround the entrance of a CIC bank branch in Paris, France, 18 October 2013. Reports state that an armed man took four hostages, prior to releasing two of them. Photo by EPA/BGNES

Two hostages from Friday afternoon's holdup in a Paris bank have been freed.

Local police have confirmed that 2 of the hostages have been freed. The man demands social housing for him and his son.