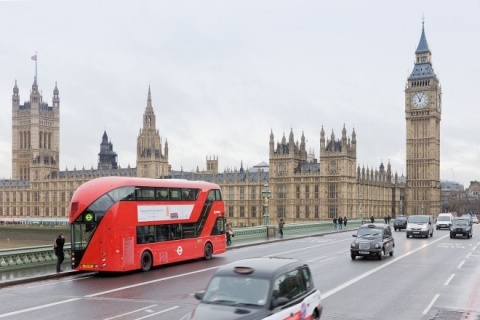 The negative campaign against Bulgarians and Romanians is persisting in the UK over fears of huge influx of them after the opening the labor market at the beginning of 2014. File photo

The British government has sent short text messages to nearly 40 000 people "inviting" them to go back home because they were deemed illegal immigrants.

People suspected of having outstayed their visas were sent a text reading: "Our records show you may not have leave to remain in the UK. Please contact us to discuss your case."

According to the British Home Office, the text has been sent to 39 100 individuals between September 2010 and June 2013. The number grows to 58 800 when those receiving letters, emails and phone calls are added.

After the information emerged, the Home Office said that just 14 people, out of the total of 58 800 contacted, were mistakenly asked if they had overstayed their visas

However, campaigners have insisted that the true number of people wrongly contacted is far higher.

According to the BBC, the Labour party described the government's tactic as "shambolic and incompetent".

The official spokesman of Prime Minister David Cameron has acknowledged that the wording of the texts had changed since the campaign began.

Originally, they had included the phrase: "You are required to leave the UK as you no longer have the right to remain."

Cameron "agrees with the principle" of sending text messages suggesting the recipients are illegal immigrants, despite some going to the wrong people, the spokesman, however, is quoted in saying.

The texts have caused outrage among many, prompting 140 complaints to be filed.

Even UKIP leader Nigel Farage, who campaigns for tighter border controls and Britain's exit from the EU, has stated that the text message scheme was the product of a government with "absolutely zero sensibility and even less sense".

Meanwhile, negative campaign against Bulgarians and Romanians is persisting in Old Albion over fears of huge influx of them after the opening the labor market at the beginning of 2014.