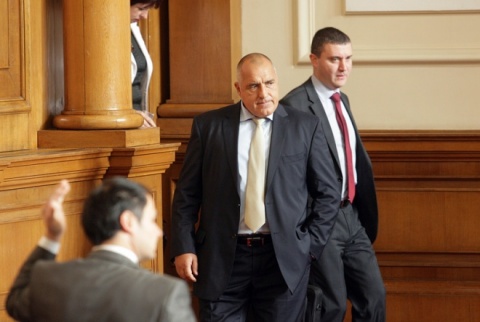 The Friday session in the Bulgarian Parliament has been on the brink to turn into a fistfight between lawmakers.

The altercation between Members of the Parliament from the extreme nationalist Ataka and the formerly ruling, center-right opposition Citizens for European Development of Bulgaria party, GERB, was caused by a declaration of GERB, presented by MP, Tsveta Karayancheva, stating the nationalist and the liberal, predominantly ethnic Turkish Movement for Rights and Freedoms, DPS, were the exact same thing.

In response, the entire Ataka group, including party leader, Volen Siderov, have jumped from their seats, running in the direction of the sector where GERB lawmakers sit. Only the quick reaction of Parliament clerks has prevented a brawl, according to Nova TV.

The Speaker of the Parliament, Mihail Mikov, called a break in order for everybody to calm down.

The news about the altercation came on the heels of reports earlier Friday that GERB leader and former Prime Minister Boyko Borisov has offered cooperation to the Ataka party in boycotting the Parliament.