Bulgarian Banker Tsvetan Vassilev for DW: I Have Never Invested In Newspapers 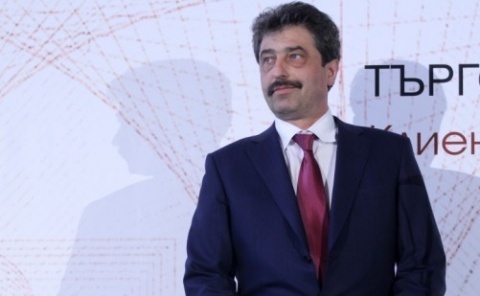 Interview of Deutsche Welle with Tsvetan Vassilev, Chairman of the Supervisory Board of Bulgaria's Corporate Commercial Bank, KTB.

Let’s start with the same question that renowned “Leaders” magazine asked you some time ago: “Would you provide an overview of Corporate Commercial Bank, KTB’s niche and role in Bulgaria’s banking industry and where you want to take bank in the future?”

As it is well-known, Corporate Commercial Bank ranks fifth in Bulgaria by its assets. It is a typical corporate bank, meaning it is focusing on providing services for business and industry. Its development follows a strategy adopted since its acquisition in 2000: services for business in certain industrial sectors - mainly infrastructure, energy, road construction, water construction, telecommunications, and a special profile in financing export operations.

All these diversified banking activities helped the bank to easily overcome the negative effects of the crisis that started in 2008.

Unlike most of its competitors, KTB’s credit exposures to construction – the sector that has been hardest hit by crisis, are at levels way below the average for the banking industry in Bulgaria.

We are not considering any changes in the bank’s investment strategy, because our assessments of the current conjuncture and for the next few years of financial crisis are not too optimistic, instead we are considering opportunities for regional expansion in the countries of former Yugoslavia where we see a major potential for growth in the next years.

Some time ago “Economist” magazine wrote that, as with a Matryoshka doll, behind “New Bulgarian Media Group” (NBMG) stands Corporate Commercial Bank and that the bank is financing private media outlets with public money of State-owned companies, deposited in KTB.  Is this true ?

One of the most-intensely spread lies comes from a campaign of Economedia against KTB with claims the Bank uses the money of State companies to finance media. Such companies, particularly in the energy sector, have been clients of the Bank for 13 years now. I have no recollection of any of them saying that its money has been used for something other than services for its activities such as current accounts and payments, loan granting, and bank guarantees, among others. I am talking about a 13-year-long partnership with these companies.

Not even one lev, or euro, from the accounts of State companies in KTB has been used to finance "New Bulgarian Media Group", because the media is not financed by KTB.

As for KTB’s advertising budget, it is times smaller than the ones of the biggest bank players in Bulgaria and certainly is not the key factor for the advancement of NBMG. Moreover, no one is paying attention that KTB's budget for sponsoring culture, sports, science, and education is much larger than the advertisement one. This is a public company and everything I am saying can be easily verified from the Bank's balances and in a number of registries.

In your interview for “Leaders” magazine you have said that you invest in media. Do you still do it ?

This interview is from 2011, as far as I remember. At that time the only media that I had something in common with, as a consultant and as a minority partner in a fund for risk investments, was TV7. My minority investment in TV7 had no other purpose than business. I am an investor in a business project. I never and in no shape and form have invested in NBMG's newspapers. The former owner of the newspapers also owned shares in the publishing and printing complex IPK Rodina, which has a lucrative land plot right on a main Sofia thoroughfare and I have invested precisely in this project – the purchase of the plot and the building of the former Rodina complex. But not the newspapers; they are separate and have nothing to do with the IPK project.

Then you probably won’t agree with allegations in Bulgarian media, according to which your connection with TV7, even though for pure business goal, allows you to influence the content of the media ?

You could look for an answer to this question from the executives of the media. I think that no more than 5-6 people from TV7 know me personally, mainly sports reporters who interview me when I participate in sport events.

I would like to add something on the topic of “objective and non objective media” and on Economedia’ statements on the matter.

The fact that Economedia have their own blacklists and whitelists speaks for itself for their level of objectiveness as a media. My name is probably on the top of their blacklist, and for persons included in the blacklist it is either negative media content, or no content at all.

As far as I know there are no such ”black” and “white” lists in TV7 and journalists with all kind of political views are given complete freedom to work.

Besides Economedia, many of its internet satellites, some of which have unidentified ownership (I mean Mediapool, Offnews, Bivol, PIK and several tabloid sites that gravitate around Economedia and use the same rhetoric), have the same attitude towards media and websites voicing opinions other than their own. They do not like to hear anything that is antagonistic to their views and every journalist who falls under suspicion of disagreeing with them is immediately suspected of being connected to me, or to be included in some other world conspiracies.

The truth is that so far many people have been afraid to speak the truth!

Less than a week ago, Bulgarian Motorsport Federation had to organize a press conference to refute false claims made by Economedia.

Speaking of freedom of speech, I can tell you that a few months ago these same mentors, policing freedom of speech, these fighters against fake democracy, blocked with special keys all sites inconvenient to them and which don't express their opinions. In addition, Economedia, along with all its satellites - I say again , I cannot comment on how they are related , but certainly as policies and positions they are related – conducts its campaign through journalists planted in all major media in the country. And, of course, through collaborating journalists in various foreign media. So, I say they are the ones who tried to monopolize the truth about Bulgaria and the truth about democracy in Bulgaria. They claim that they are the only ones to symbolize the democratic process in Bulgaria, which is absolutely untrue and I fight with them, precisely for that reason.

I fight for a strong Bulgaria that is capable to meet its global commitments and priorities. We are a member of NATO, and we are proud of that, but at the same time we are the poorest member in the alliance and we definitely need to do more for our own country.

Mr Vassilev, you are considered to be among the most powerful persons in Bugaria. What does it mean to be powerful in Bulgaria ?

I don't have power.  I am proud of what I have accomplished  throughout   the years. I am a speaker, expressing our national interests and our national capital, even though I am not a member of any employer organization.

My goal is Bulgaria’s industry to become the basis of the country’s economy,  while the reality now is that Bulgarian politics dominates the economy. Every  Bulgarian politician comes to power to prove how indispensable he is and how business could not go on without him and it should not be like that. I am sure  that this is not the case in Germany.

There are opinions that you are one of Bulgaria’s oligarchs. Do you consider yourself to be an oligarch ?

European Commission Vice-President Viviane Reding recently said during a visit to Bugaria that oligarchy and democracy are mortal enemies that can not coexist. Could you comment on this ?

I totally agree with her, but one should not put a sign of equality between oligarch and entrepreneur and I consider myself an entrepreneur.

I think that a democracy is established in Bulgaria to a certain degree. Its basics are established.

Unfortunately the democratization process does not automatically bring more prosperity to people in this country.

If we do not continue our road to democracy, radical and extreme political forces may prevail and that is the biggest concern for me as a Bulgarian citizen and as a person who has invested most of his financial resources in this country.

Left, right and centrist parties should do everything possible in order to eliminate the radical and extreme political factor which usually thrives in insecure times of long-term economic recession, such as the present one that we observe in Bulgaria and across Europe.