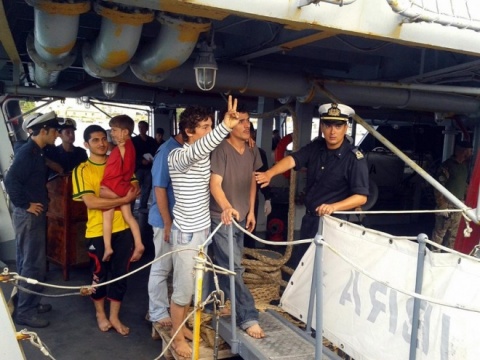 Italy's navy has rescued about 300 migrants in the waters between Sicily and Libya, as the Italian government has put efforts into avoiding further shipwrecks.

A naval frigate and a patrol boat set out late on Monday when two separate migrant boats used satellite phones to call for help, an Italian navy statement has said, according to international media.

They were recovered and brought to the southern island of Lampedusa on Tuesday.
Italy has increased its patrol in the Mediterranean Sea, after recent incidents with migrant boats left hundreds dead.

Every year thousands of people, many fleeing conflict and instability in Africa and the Middle East, risk their lives in small, often decrepit vessels while trying to cross the Mediterranean Sea to European territories.