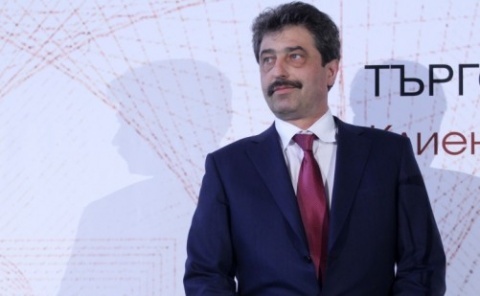 Publishers bear all responsibility about editorial policy of their media, says Tsvetan Vassilev, Chairman of Bulgaria's Corporate Commercial Bank, KTB, in an interview for DW.

In the interview, published Monday, Vassilev insists that many people in Bulgaria have been and are reviled and mistreated in media without any consequences.

He also describes the place and the role of KTB in the Bulgaria banking sector and the plans for its future.

"As it is well-known, Corporate Commercial Bank ranks fifth in Bulgaria by its assets. It is a typical corporate bank, meaning it is focusing on providing services for business and industry. Its development follows a strategy adopted since its acquisition in 2009: services for business in certain industrial sectors - mainly infrastructure, energy, road construction, water construction, telecommunications, and a special profile in financing export operations," comments the banker.

He firmly rejects reports that the money of State-owned companies, deposited in KTB, is used to finance private media and dismisses them as a lie.

"One of the most-intensely spread lies comes from a campaign of Economedia against KTB with claims the Bank uses the money of State companies to finance media. Such companies, particularly in the energy sector, have been clients of the Bank for 13 years now. I have no recollection of any of them saying that its money has been used for something other than services for its activities such as current accounts and payments, loan granting, and bank guarantees, among others. I am talking about a 13-year-long partnership with these companies," says Vassilev.

He stresses that not even a penny from the accounts of State companies in KTB has been used to finance the largest print media union in the country "New Bulgarian Media Group," NBMG.

Regarding KTB's advertisement budget, Vassilev explains that it is times smaller than the ones of the biggest bank players in Bulgaria and certainly not the key factor for the advancement of NBMG.

"In addition, no one is paying attention that KTB's budget for sponsoring culture, sports, science, and education is much larger than the advertisement one. This is a public company and everything I am saying can be easily verified from the Bank's balances and in a number of registries," states the banker.

According to him, TV7 is the only media that could be associated somewhat with KTB, mainly as a consultant and minority partner in a fund for risk investments. He explains this minority investment had pure business goals.

"I never and in no shape and form have invested in the NBMG's newspapers. The former owner of the newspapers also owned shares in the publishing and printing complex IPK Rodina, which has a lucrative land plot right on a main Sofia thoroughfare and I have invested precisely in this project – the purchase of the plot and the building of the former Rodina complex. But not the newspapers; they are separate and have nothing to do with the IPK project," Vassilev points out.

He further voices an opinion that media market in Bulgaria is too polarized and there is too much freedom of speech because there "isn't any freedom after the speech."

"Speaking of freedom of speech, I can tell you that a few months ago these same mentors, policing freedom of speech, these fighters against fake democracy, blocked with special keys all sites inconvenient to them and which don't express their opinions. In addition, Economedia, along with all its satellites - I say again , I cannot comment on how they are related , but certainly as policies and positions they are related – conducts its campaign through journalists planted in all major media in the country. And, of course, through collaborating journalists in various foreign media. So, I say they are the ones who tried to monopolize the truth about Bulgaria and the truth about democracy in Bulgaria. They claim that they are the only ones to symbolize the democratic process in Bulgaria, which is absolutely untrue," the banker tells Deutsche Welle.

You can READ the whole interview HERE