Bulgaria Expects EU Money for Refugees by End of October 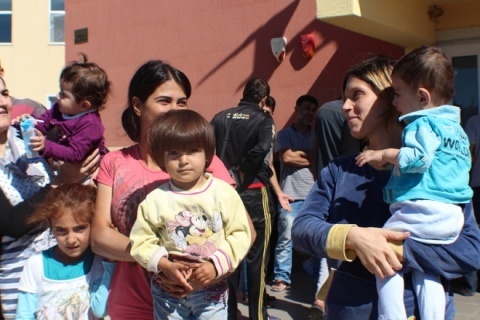 Bulgarian officials have said the country may have to provide shelter for as many as 11,000 Syrians by the end of the year. Photo by BGNES

Bulgaria expects to receive financial and technical support from the EU for dealing with the refugee crisis by the end of October.

Bulgaria’s Defense Minister Angel Naydenov specified that besides money, the EU is increasing its deployment of special border units to assist with the increasing entrance of refugees.

“The refugees are nearing 7 000. We are taking all necessary measures to prevent the crisis turning into a catastrophe”, said Naydenov, cited by the Bulgarian Telegraph Agency.

The government also plans to deploy army units to assist the State Agency for Refugees.

Meanwhile, a new temporary refugee shelter opened over the weekend in the southern Bulgarian town of Harmanli after the capacity in all other shelters was exceeded by 400 beds.

It is not specified what amount of money the EU would support Bulgaria with.