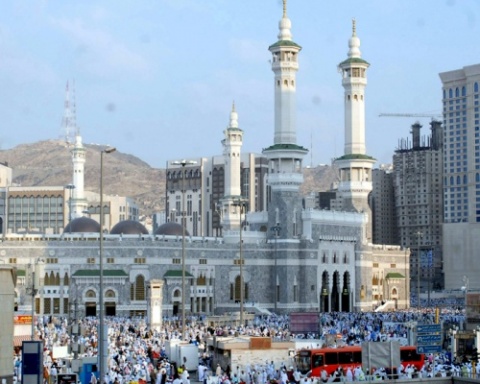 File photo
Muslims around the world and in Bulgaria prepare to celebrate Monday evening the Holy Festival Eid al-Adha.

The Hajj, the annual Muslim pilgrimage to the holy city of Mecca in Saudi Arabia, is considered to be the Fifth Pillar of Islam.

Muslims believe that to undertake the Hajj is a moral obligation, and every able-bodied believer is required to attend the pilgrimage at least one in their lifetime.

The Hajj is fixed in time to the Islamic lunar calendar, occurring from the 7th to the 13th day of Dhu al-Hijjah, the twelfth month.

Ihram is the name given to the special state in which Muslims live whilst on the pilgrimage. This involves observing cleansing rituals to enable one to enter a sacred state of mind and body.

The Hajj is deeply associated with the life of the 7th century Islamic prophet Muhammad, but the ritual of pilgrimage to Mecca is considered by Muslims to stretch back thousands of years to the time of Ibrahim (Abraham).

The four days of pilgrimage are devoted to prescribed rituals that all adherents should observe. On the first day, They begin with Tawaf, walking seven times round the Kaaba (Ka'bah) - the cube-like Black Stone in the centre of the Great Mosque, Islam's holiest shrine - in an anti-clockwise direction.

They also run seven times along a passageway in the Great Mosque, commemorating the search for water by Hajar, wife of the Prophet Abraham.

On the second day, pilgrims visit the sacred Mount Arafat, to pray and meditate, and to collect stones in preparation for the stoning ceremony at the three walls called Jumarat in the nearby city of Mina.

Finally, they shave their heads, perform a ritual animal sacrifice, and celebrate the global festival of Eid al-Adha.

The Hajj is the largest annual pilgrim gathering in the world. In 2009, it is estimated that about two million pilgrims have made the journey to Mecca. This is despite the fear of the spread of swine flu, which has led the Saudi authorities to put in place additional precautionary measures.

The pressing numbers of the faithful have caused problems in the past. In 2006, the simple dropping of a personal bag led to the deaths of 364 people in the resulting crush. Structural alterations to the holy sites have led to a greater measure of safety for the participating faithful.

The Editorial Team of Novinite.com (Sofia News Agency) would like to wish all Muslims, both in Bulgaria and around the world, a joyous and holy celebration of Eid al-Adha, or Kurban Bayram, as it is known in Bulgaria, which begins on Monday.