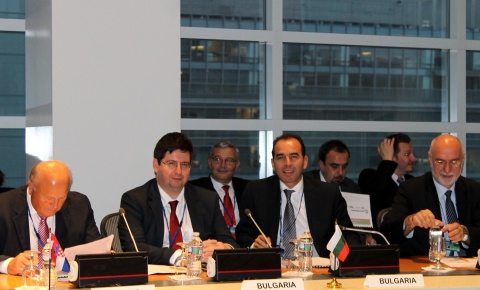 Bulgaria's Govt is working to restart the economy and to reduce administrative burden to business and citizens, says Bulgarian FinMin at IMF and WB annual meetings in Washington.

Bulgarian public finances  will continue to operate under a currency board regime, in order to preserve Bulgaria's fiscal discipline, announced Chobanov at his meetings with IMF and WB officials.

Bulgaria's  macroeconomic indicators looks really good and the country could benefit from its macroeconomic stability in terms of attracting more foreign investment, said Reza Mogadam, Director of the European Department at (IMF) during a meeting with Bulgaria's FinMin.