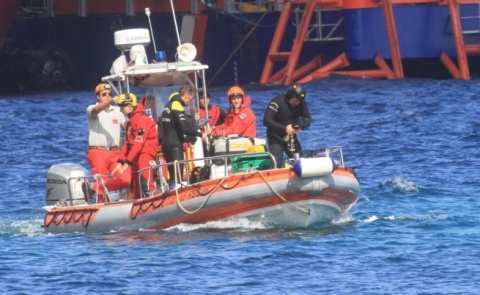 A boat carrying an estimated 200 people Europe is in trouble in waters off Sicily, according to officials.

Local media reports suggest the vessel capsized and may have sunk between Sicily and Tunisia.

The ship is believed to have been carrying migrants, CNN says.

Italian ships - backed by helicopters - are assisting at the scene. A number of people have already been rescued.

Earlier this week, another boat carrying more than 500 African migrants sank off the coast of Lampedusa. Over 300 people died in the disaster.