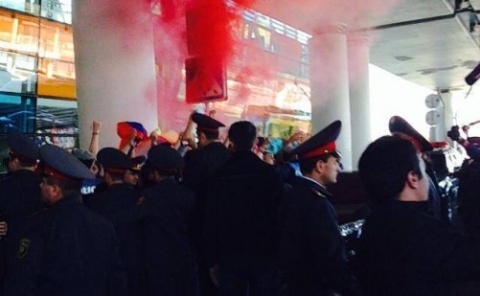 Around 40 supporters of Armenia lined up in the airport hall and lit smoke bombs and firecrackers. They were shouting "gypsies, gypsies" at the Bulgarian delegation which was trying to make its way out, reports gong.bg.

The local authorities reacted immediately and escorted the Bulgarians out of the airport as quickly as possible.

Bulgarian Football Union President, Borislav Mihaylov, commented that he will make an appeal to UEFA and FIFA on the matter.