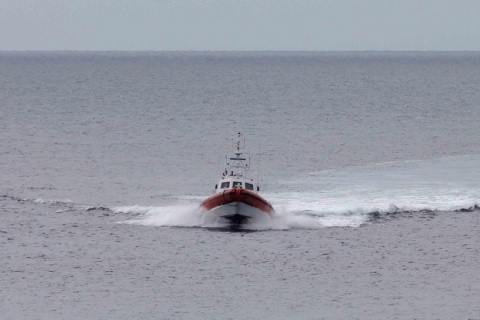 A small ship with illegal immigrants has been detained in Bulgarian Black Sea waters near cape Kaliakra, the Bulgarian Interior Ministry reported.

Chief Secretary of the Interior, Chief Commissar, Svetlozar Lazarov, says the information about the vessel has been received around 10 am Wednesday from the Regional Center for Coordination of the Integrated System for Monitoring the Sea Border. It reported that an unknown ship has been spotted about 8 maritime miles from Kaliakra.

A border patrol cutter has been dispatched to the location and at 11:18 am, its commander has announced that the ship has been stopped with 26 people on board.

Two were crew, while the remaining 24 were illegal immigrants. According to preliminary information they were all from Afghanistan.

The ship has been sent to a nearby port, according to Lazarov.