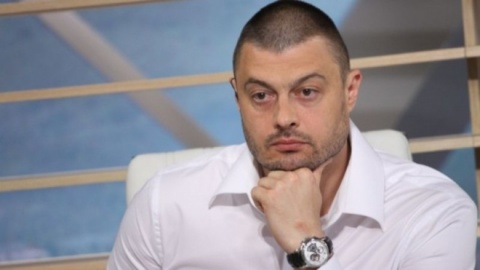 Photo by barekov.com
Former Bulgarian journalist and current aspiring politician Nikolay Barekov,revealed on Wednesday the political views and goals of his new project "Bulgaria without Censorship".

Speaking in an interview for Bulgarian newspaper Standard daily, Barekov explained that his goals as a politician include:turning Bulgaria into a rich country with well-developed social policy, boosting culture and improving achievements of Bulgarian sport.

"Our political views are neither left-wing, nor right-wing, they represent the views of Barack Obama- a president with socially-oriented approach. Is he rightist, leftist or centrist? My ideas could be liberal but could not be defined as left-wing." stated Barekov.

The former TV director stated that "Bulgaria without Censorship" might become a political party next year.

Barekov outlined his intentions to turn Bulgaria in one of the richest European countries.

"...rich not only in the sense of money, rich means also good healthcare, good education, wealthy people , and last but not least – rich culture...it's time for the Bulgarian sport to stand proud again as it was at the time of Neshka Robeva and Ivan Abadzhiev", the politician stated.

Earlier in September, Barekov officially quit TV7 and its sister channels, and announced an upcoming political career, suggesting his ambitions reach very high, including the positions of Bulgarian PM or President.