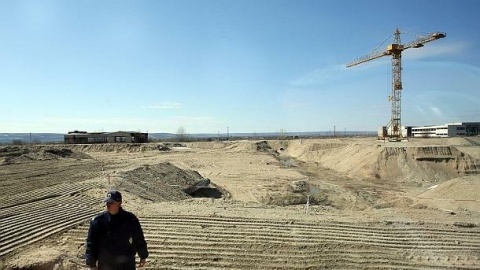 Bulgaria decided to abandon plans to build its second nuclear power plant in March 2012 after failing to agree on its cost with Russian company Atomstroyexport, a subsidiary of Rosatom, and find Western investors. File photo by EPA/BGNES

Bulgaria's National Electric Company, NEK, has announced that it has terminated its contract with consulting company Worley Parsons for the abandoned Belene nuclear power plant project.

In a press release, NEK says Worley Parsons has been informed about the decision.

NEK’s new governing body has returned all four invoices issued by Worley Parsons to the company, the total sum being EUR 5 349 363, 6.

The contract was signed in January 2005 for engineering and technological consultations for technology selection, development of the technology project, preparation of the site for construction and the launch of the construction.

In September, Bulgarian authorities launched a special operation to investigate suspicions of large-scale embezzlement and premeditated mismanagement in the project to build a nuclear power plant in the Danube town of Belene.

Krum Atanasov and Ivo Lefterov, former CEOs of NEK, as well as Sabin Sabinov, CEO of Worley Parsons in Bulgaria, and Bogomil Manchev, CEO of the Risk Engineering company, were all charged last week with taking part in a scheme to embezzle millions of euros in consultancy deals for the Belene project. Risk Engineering is a subcontractor for the consultancy.

As soon as he was sworn-in in May 2013, Bulgaria's new Prime Minister Plamen Oresharski, elected on the Bulgarian Socialist Party mandate, hinted that the Bulgarian-Russian project may be revived.