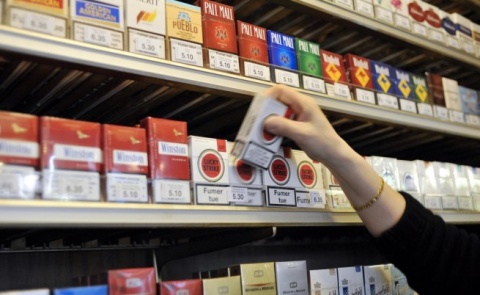 Small and medium-sized tobacco companies have called on Bulgarian MEPs to vote against what they consider "a set of drastic measures" proposed in the new European Commission Tobacco Products Directive.

The plenary vote on the revised EC Directive by the European Parliament has been scheduled for October 8.

One day ahead of the vote in Strasbourg, the Bulgarian Association of Tobacco Traders (BATT) comes up with a statement opposing some of the measures stipulated in the EC Directive, saying that they would have a detrimental impact on the tobacco sector, including on small and medium-sized companies in the country.

Tobacco traders say that the attempt of EU officials to standardize the taste of cigarettes and the outlook of cigarette packs will restrict consumers' rights to information and choice and create unnecessary obstructions to trade, without the measures having any impact on smoking rates.

According to the press office of the BATT, the Association initiated a petition against the measures stipulated in the EC Directive in the period August-September 2013, and the call was backed by over 2000 tobacco traders, their employees, and customers visiting sites selling tobacco products.

The BATTI also draws the attention of Bulgarian MEPs to a petition stating the complaints of small and medium-sized traders against the constantly growing number of restrictions and bans on legally sold tobacco products in Europe and Bulgaria.

In their words, against the backdrop of the global economic crisis, these restrictions open the door to illegal trade and damage the sales of legal products and the employment created by legally functioning sites.

The BATT expresses hopes that Bulgarian MEPs and representatives of the state in EU bodies will respond to the appeal of Bulgarian SMEs and support domestic tobacco traders through their vote.