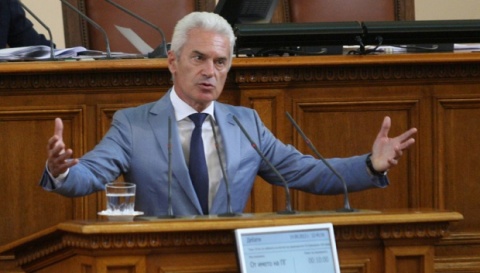 Volen Siderov, the controversial leader of Bulgaria’s ultranationalist Ataka party, has been elected to lead the Bulgarian Parliament’s delegation to the Interparliamentary Assembly on Orthodoxy.

Siderov, who received a degree in theology in 2009, also headed the delegation of the previous Bulgarian Parliament (2009-2013).

Lawmakers Plamen Slavov (Bulgarian Socialist Party), Irena Uzunova and Vladimir Toshev (GERB) and Yordan Tsonev (Movement for Rights and Freedoms) have been elected as members of the delegation.

The Interparliamentary Assembly on Orthodoxy (I.A.O.) is an interparliamentary body, set up upon the initiative of the Hellenic Parliament. Its mission is “the need for the presence of Orthodoxy, as a common cultural expression of a large number of European citizens, in the shaping of contemporary Europe.”