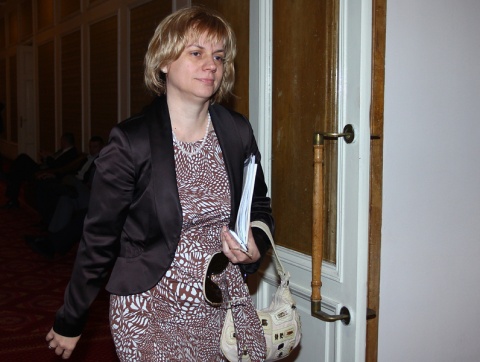 One third of reconstructed Bulgarian roads are in poor condition because of the policy of the previous center-right GERB government to award public procurement contracts to the lowest bidder, according to Regional Development Minister Desislava Terzieva.

"It turns out that GERB' inexpensive highways are actually expensive", Terzieva said at a press conference during which she presented a report on her first 100 days in office.

Terzieva, as cited by fakti.bg, made clear that the low construction costs for the Trakia highway about which GERB had bragged had subsequently increased by BGN 18 M.

Bulgaria's Regional Development Minster, as cited by bTV, noted that the cost of building the Lyulin highway had subsequently swelled by around EUR 50 M.

She insisted that the infrastructure projects implemented by the GERB (Citizens for European Development of Bulgaria) government had been poorly planned.

Commenting on the occasional lane closures for repairs of the recently launched Lyulin highway, Stefan Chaikov, Chair of the Managing Board of the Road Infrastructure Agency (RIA), drew attention to the poor quality of the lining.

Terzieva insisted on the need to boost oversight so as to guarantee high-quality construction, adding that "the era of the lowest bidder has come to an end."

According to reports of private TV station bTV, around 80% of the 61 projects repaired with EU funding under the Regional Development operational program have defects.

The full report of the Road Infrastructure Agency on the matter is to be ready by mid-October.