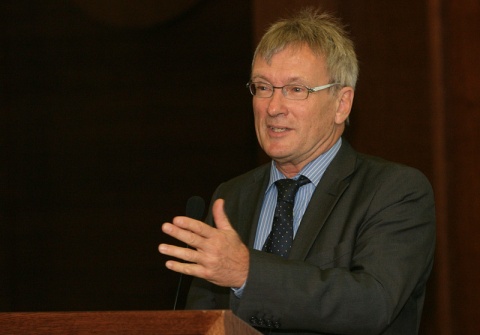 The German Ambassador to Bulgaria, Matthias Hoepfner, stated that the media diversity in the country is questionable.

The Ambassador presented his views at the conference "Freedom and Diversity of Media. Where is Bulgaria?", organized by PanEuropa Bulgaria and the Konrad Adenauer Foundation.

"When there is concentrated ownership of media by interrelated oligarchic structures, then democracy is jeopardized", said Hoepfner as cited by dnevnik.bg.

In his view, media should provide a stage for various points of view to be heard, rather than a bias interpretation dictated from above.

"The number of media outlets in Bulgaria is remarkable and one would think this means a guaranteed freedom of speech. However, there are some worrying tendencies when one examines closely", added the German diplomat.

Hoepfner's concern is that the media plays too central a role in the politics of the country.

At the beginning of June the ambassadors of Germany and France to Bulgaria issued a joint statement on the tense situation in the country, stressing that the voice of civil society must be heard and warning that the oligarchic model is incompatible with EU membership.