94 Asylum-Seekers Enter Bulgaria over Past 24 H 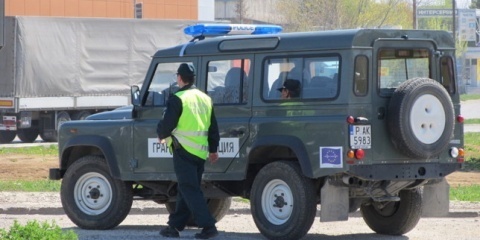 Bulgarian border police are on high alert over the refugee influx from Syria, file photo from BGNES

A total of 94 asylum seekers who entered Bulgaria through its border with Turkey have been detained by Bulgarian border police over the past 24 hours.

70 of them were Syrian nationals, according to the Bulgarian Interior Ministry.

Bulgaria currently has the capacity to accommodate 5 000 refugees – a number that was exceeded last week.

Bulgaria, which shares a border with Turkey, is undertaking measures to accommodate all potential refugees that might arrive from Syria seeking shelters from the devastating civil war conflict. Bulgarian officials have said the country may have to provide shelter for as many as 10,000 Syrian refugees by the end of the year.